We’re always keen to look at new slots from Microgaming, and Dragonz is one of the latest to be released. The Dragonz slot gives away its theme in the title, but there’s no need to be afraid of these little cuties. 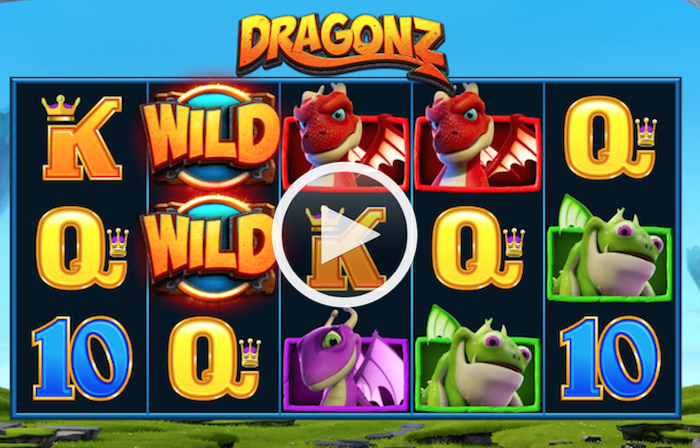 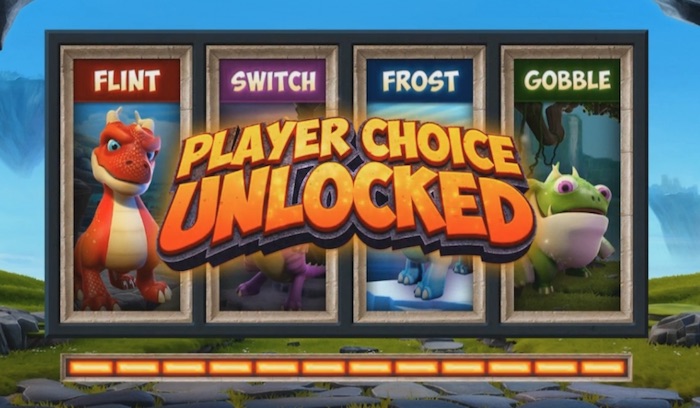 The Dragonz slot is a 5 x 3 online slot game from Microgaming, based on baby dragons and set in what looks like a cave. The detail in the rocks and grass beneath the reels and the hint of mountains beyond is good, but we were disappointed to see the familiar A, Q and K symbols on the reels alongside the dragons themselves. It always feels like we’re taking a step back when we see those.

Microgaming has made the Dragonz slot cool by giving each mythical creature its own identity and bonus game!Carl Hudson - Slotsquad

However, now we have that niggle out of the way, everything gets better from here on in. There are four baby Dragonz to find – Flint, Switch, Frost and Gobble – and each one has their own power. We’ll find out more about those in a moment. Yet while the game looks basic in terms of some of the symbols, the unique ones we do have are very good indeed.

We’ve seen more detailed slots with more depth elsewhere, but Microgaming’s Dragonz brings in lots of special features that work well with the graphics. Whenever you get a win with one of the dragons, you’ll see them move, breathe fire or do something else to indicate the win.

The slot is easy enough to play once you’ve set your bet. This is done by clicking on the three lines tab on the left and selecting settings. It takes a moment to adjust and we feel it would have been easier keeping the usual up and down buttons at the bottom of the screen. Maybe Microgaming wanted a less-intrusive appearance?

The payout table is accessed via that same left-hand tab. It’s spread over six pages and reveals more about the different free spins rounds (of which, more in a moment). The Dragonz online slot benefits from payouts for four dragons, two of which pay more than the others. There is an explanation of way wins and the 243 ways you can scoop a prize, as well as details on the other special symbols in the game. The lower-paying symbols are those related to the playing cards (ace, king and 10, and so on).

Right – let’s get down to it. There is a scatter in the game that provides prizes for two or more in any position. It’s labelled as a scatter, and we’re glad, because we’re not entirely sure what it is! We’ll call it a diamond, glowing-type orb thing, if that’s okay with you. Ahem, thankfully the wild is easier to describe as it uses that very word. This replaces everything but the scatter, and it can win you prizes even if it doesn’t appear as part of a winning line.

This happens when the wild lands on the middle reel during a spin where you don’t win anything. The wild then adds new wilds into other positions to ensure you do win a prize. That’s nice.

The next big feature is attached to the scatter symbol. Many slot games give you free spins for three or more of these, and this Microgaming effort is no different. However, it does take things a step further. You’re randomly awarded 10 free spins with a special feature attached to one of the Dragonz.

Flint offers Flaming Wilds that he shoots onto the reels during the spins. The more he fires, the more wilds you get. Meanwhile, Switch offers Stashed Wilds. If you have wilds on the screen that don’t contribute to a winning line, those wilds are kept by Switch and given back to you once you have at least three. You are then guaranteed a win with those wilds. You might also get a few more spins because the feature continues until every wild has been used in this way.

Frosty Wilds come courtesy of Frost, and in this version, any non-winning wilds stay in place until they do give you a winning line. As with the Stashed Wilds, this feature carries on until you’ve used all the wilds. Finally, Gobble provides Winning Wilds. I’m afraid he spits them out to achieve this, but again, they’ll remain there until you get a win from them.

These free spins rounds are given out randomly until you’ve triggered them 12 times. You then get to choose your own preferred free spins feature whenever you unlock it after that.

You must click on the bet option to adjust your bet from 40p up to £30 We can’t help but think the normal bet adjustments would have been easier than fiddling around with the game settings to do it, though.

As for prizes, the welcome screen reveals you can win up to 2,150,000 coins while playing. Obviously, the free spins features are likely to deliver the biggest prizes.

Finally, the Dragonz Microgaming slot game has a respectable return-to-player of 96.3%, which we’re very happy with.

There are plenty of top Microgaming online slots to try, so how does Dragonz measure up? We think it should be a popular slot. Once you’ve figured out your bet amount, you can play to your heart’s content.