Irish-themed online slots aren’t exactly hard to find online, are they? So why release another one, you might think. Well, when the game comes from NextGen Gaming, you just have to take a look. And the Emerald Isle slot does look as though it’s going to deliver in a big way. 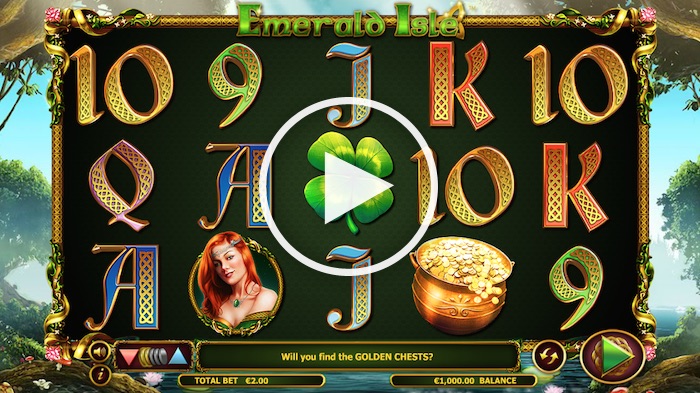 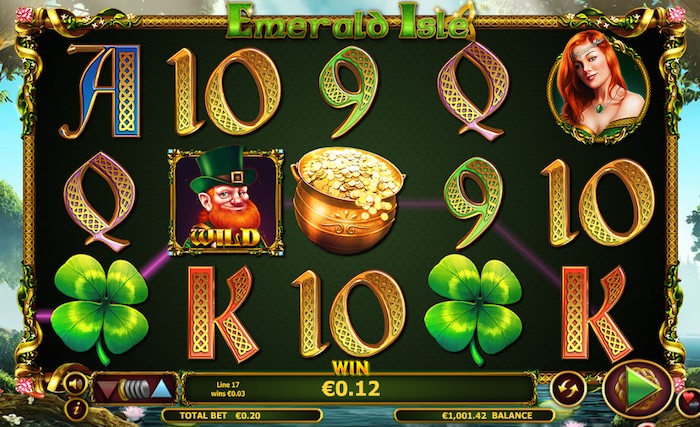 The Emerald Isle slot is a 5 x 3 online slot game from NextGen Gaming that packs in 20 paylines in total. The game seems to be set in a forest, judging by the hints of background at the sides of the screen. Since the game is based on Irish good fortune, you will probably be able to guess what some of the symbols depict.

Irish-themed Slots are more popular than ever, and Emerald Isle is the Pot of Gold every player wants!

Your first impression may be that there’s nothing new here. But with that said, the game is of very high quality – something you can’t always take for granted with online slots. Sometimes you get the feeling they’re released a bit too quickly, before the quality is enhanced. And since this one comes from the NextGen Gaming stable of games, you know you’re in for a good time. They may not have done much to innovate the theme, but really, when you’re focusing on the luck of the Irish, how much can you change things?

Let’s say this for starters – the graphics are excellent. We feel like we’re playing a high-definition game here. Even though they’ve added in the standard K, Q and A-style symbols alongside the Irish-themed ones, it didn’t bother us anywhere near as much here as it has done with other games. At least they’re nicely-patterned with some appealing details.

If you’ve played some of NextGen’s other slots before, you’ll already be familiar with the layout of controls – what few there are – at the bottom of the reels. The up and down arrows allow you to control the amount you bet, while the paytable is hidden behind the little ‘i’ just to the left of them. Finally, you get the option to use autoplay as well as the regular single click spin button.

The leprechaun makes his appearance on the first of five pages in the paytable – we’ll learn a little more about him in a moment. You can also expect to see a rainbow, not to mention more info about the special features of the slot. We’ll cover those in the next section.

The higher-value symbols include an Irish girl, a pot of gold (of course) and a lucky four-leaf clover. You then have the regular A, K, Q and so on to look for. It’s a pity there aren’t more lucky ones, but maybe they wanted to avoid the rabbit’s foot and other ideas…

Irish slots tend to use leprechauns and other lucky symbols for their symbols and features. The Emerald Isle slot is really no different in this respect, but there are some nice variations in play.

That lucky leprechaun is quite helpful because he’s the wild. One or more can trigger a prize as he will replace everything apart from the rainbow, which as you might guess is the scatter symbol. Five leprechauns on just one line delivers the top prize of 6,000 credits.

The leprechaun has the power to unlock entry into the bonus feature too. In order to gain access, you have to find a leprechaun on reels one and five at the same time. You have the chance to win as much as 500x your triggering bet in this round, by matching two identical amounts. Whatever you match is the prize you win.

But what about free spins? Are there any of these to look forward to? Actually yes, and it’s the scatter that can trigger them for you. You need at least three rainbows to appear from the left side of the screen to find 10 free games. Any prize won here is tripled from its normal value. The free spins are played on the same reels as the main game.

This can be approached as a penny slot if you like, giving you a 20p minimum bet to play all the lines. You do have to play every line here, too. The largest coin size is £2, giving you the top £40 bet available.

The lucky leprechaun is the highest-valued symbol, providing the chance of a 6,000-credit win if you get five appearing on just one payline. However, the free spins round offers prizes at triple their normal value, so there is a chance of winning more if you do get a taste of the Irish luck.

The return-to-player in play here is 96.59% – quite a reasonable return over a period of time.

The Emerald Isle slot isn’t the most unusual or ground-breaking of slots out there today. It does however offer a nice spin (ouch!) on the usual Irish-inspired slot theme. The quality of the slot means it holds up nicely against similar competition, and since it’s pitched as a penny slot, it should attract a lot of players with smaller budgets who are looking for a good-quality slot game to play.