If you have a thing for fairy tale themed slots, we’ve got just the game for you. The Fairytale Legends Red Riding Hood slot comes to us from NetEnt and might have the longest game title we’ve come across. But is it faithful to the fairytale, and will it make your dreams come true? 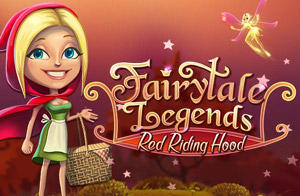 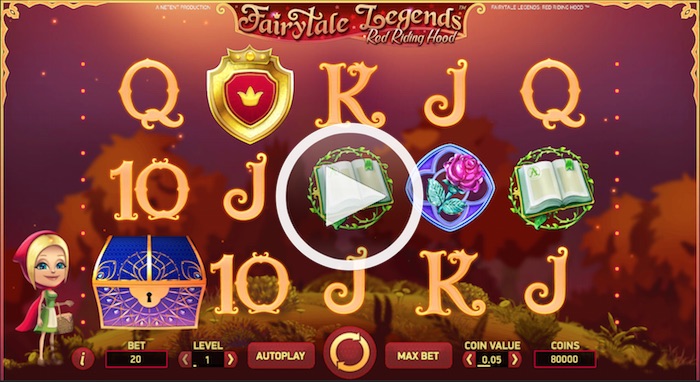 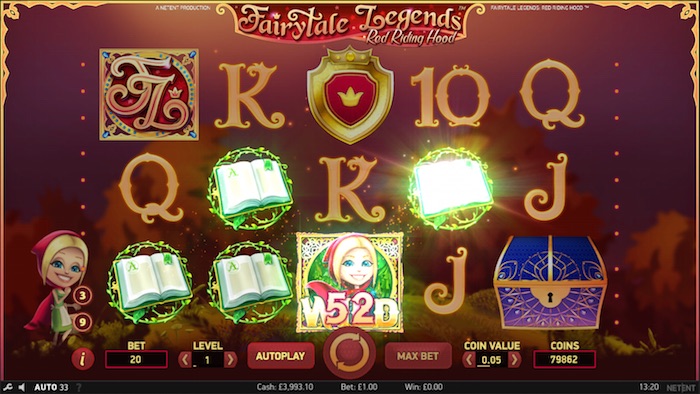 The Red Riding Hood slot is a 5 x 3 online slot in 3D, with Little Red herself appearing on the left of the reels. Set in a forest and it’s getting dark, which doesn’t bode well for Little Red if our memory of the fairytale is correct.

It’s enchanting slot, and like any good fairytale game, it’s filled with wonderful surprises, in the way of magical bonuses and free spins!Adam Dale

The design is superb, and she walks along as you spin the reels, causing the background to change as well. We’ve never seen this before, but we wouldn’t be surprised if it becomes the new normal. There’s a lot to dig into with this slot, so let’s get started.

Top marks for the graphics and the moving background as you play, as it adds more depth to the game. The controls are identical to those used in many other NetEnt slots, so you’ll waste little time figuring things out. Big wins come with a fanfare and a ‘BIG WIN’ message on the screen, so you’ll know you’ve done well.

You can see your balance, bet and any win amount shown at the foot of the game, while the autoplay feature enables you to choose several spins to play. When you get a winning combination, Little Red reacts with delight and then carries on walking!

You get 11 pages in the payout table. That should tell you something about the complexity of the game. There are five medium-win symbols, including the game logo, a golden shield, a key and a rose. The low-win symbols are the usual A, K and Q-style symbols.

We’d recommend you read every page of the payout table before playing. Every special feature is mentioned here, so you can see how they work. Locate it via the ‘i’ in the bottom left corner.

Little Red Riding Hood is wild and will appear on the middle three reels in the basic game. By triggering the free spins, she’ll appear anywhere. Two or more wilds appearing in one spin will remain in place for a sticky wild respin at no extra cost.

The game also features three random features. These can show up anytime. The Fairy Magic Spin puts between five and nine higher-paying symbols on the reels for a single spin, thereby increasing the odds of a payout.

A non-winning spin can trigger the Fairy Surprise, which sees random symbols transform into a chosen higher-paying symbol until you get a winning combination.

The third random feature is the Fairy Wild Spin. The middle three reels receive three or four wilds as your spin occurs. You get paid for any winning combinations, and then you receive a Sticky Wild Respin as well. These are truly random and you never know whether a single spin could turn out to be more profitable than it first appears.

But that is far from being all. NetEnt was determined to shoehorn as many features as possible into this game. There is a bonus treasure chest that can appear on the odd-numbered reels. Picking a box determines which of the three bonus features you will play.

The first one is a 3D board game called Beware the Wolf. Move around the board and collect as many coins as you can. Among the locations are Jackpot, Double and Collect.

Another treasure chest rewards you with 10 free spins. These play out normally, except you can get Little Red as a wild anywhere on the screen. It’s darker on the free spins screen, and Little Red is content to stand and watch the action. Your total win for the spins appears at the bottom. You can also win additional spins in this feature.

Finally, the third bonus is the Coin Win.It is an easy route to a prize, because it gives you 15x the amount you bet before triggering the bonus. Phew! With so many bonuses and perks available, it’s no wonder the Fairytale Legends Red Riding Hood slot is garnering a lot of fans.

You can wager up to 10 coins per payline in the Red Riding Hood slot from NetEnt. Each coin is worth between a penny and a pound.

400 coins is the biggest prize on the pay table. However, there is a chance to win more because of the various bonus features.

The return-to-player offered by the Red Riding Hood slot is 96.33%.

The latest slots from NetEnt are always good ones to play. The Red Riding Hood slot delivers a stunning experience from start to finish. The number of bonus elements means you can’t get bored playing it, either. We couldn’t leave it alone. So, will we have other Fairytale Legends slots to review soon? Watch this space…

Since writing this review, the Fairytale Legends Hansel and Gretel slot is also in casinos now.