Golden Colts is the new slots game from Play’n Go that mixes horror and wild west genres across 40 fixed paylines. Playable from £0.20 a spin, the slot sees an undead sheriff protecting his town from the so-called Ace-High Gang and uses a revolver chamber to fire off bonus games. As one of the best Western online slots we’ve seen, Golden Colts uses incredible new artwork and seven bonuses including a Most Wanted pick and win game. 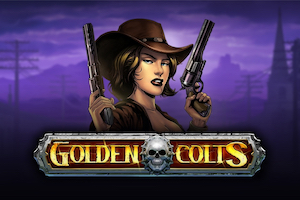 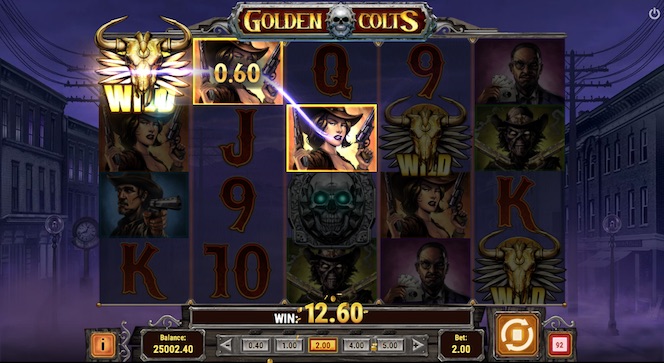 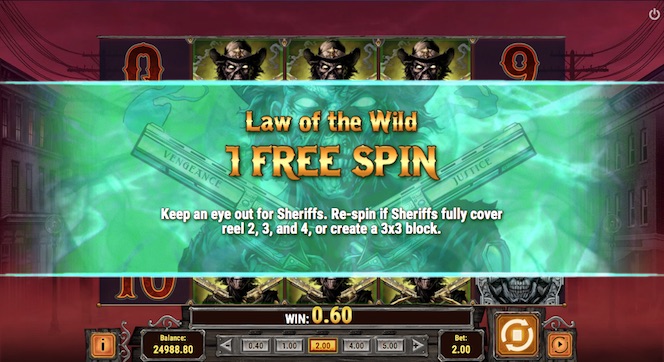 We like Wild West slot games at Slotsquad, and we like spooky, creepy and cool. We love horror too. So hats off to Play’n Go for their latest effort, Golden Colts, which mixes all of those things together quite nicely. From the ghost town with its dark undertones to the slots blazing soundtrack, everything is neat; graphics are sharp, and the bonus offer is attractive.

Designed using Play’n Go’s 3 rows, 5-reel and 40 ways to win platform, players can bet on Golden Colts from £0.20 to £100 a spin. Using Western theme characters and elements, you can win with 11 different symbols while the scatter (glowing skull) brings in the bonus game. Mega symbols also feature while the online slots payout rate is 96.0% RTP. The Golden Colts jackpot is average at 12.5 x betting stake.

In terms of gameplay and features, Golden Colts is a sign of things to come from Play’n Go. It’s the little things like the shooting guns and the lightning strikes that show the games spectacular animation. As for bonuses, you’ll be pleased to see that the Wild is in play whereas the Scatter can offer up one of seven random bonuses. More on this later.

How much can you win playing Golden Colts slot?

As an example of a bonus win, I played in free demo mode at £2.00 a spin and triggered the Most Wanted bonus. While I could have found up to £10.00 as the best-hidden prize, I could only manage £2.00 and break even. Just wasn’t my time. Though I do feel that Most Wanted is not the best of the seven bonus features. 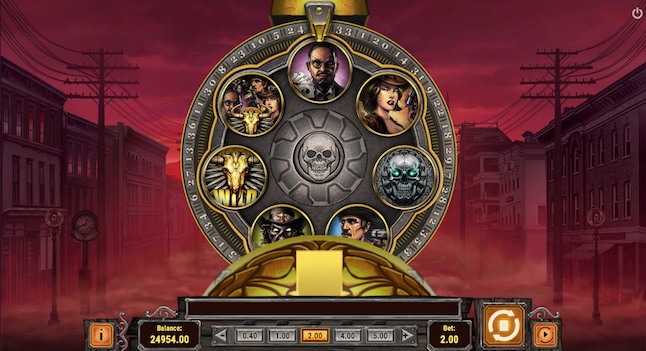 All new video slots from Play’n Go come loaded with features, and with Golden Colts you get both barrels, make that seven chambers. In this game, it’s all about getting three skulls to gain access to the slots mega Colt box, a locker of random bonuses. But before we talk about that, let me add that the Wild (Bull) in Gold Colts is particularly useful, especially when it comes to making up wins using the Sheriff or Ace-High Gang symbols.

The premise of this game is all about a dead Sheriff, his two Golden Colts and a band of bounty hunters/outlaws trying to prise them from his skeleton fingers. Or that’s what I’m guessing. Just find three scatter (glowing skulls) symbols, and you’ll soon discover what these prize guns are worth. With stylish animation, a spinning cylinder and a firing bullet, the bonus begins with a gunshot and the revelation of one of seven features. I’ll talk about these below.

Ace-High Gang – If the Sheriff shoots this feature your way, don’t be afraid of being shot. Ace-High Gang awards 3 free spins with 4 x 4 mega symbols available on reels 2 to 5. We like mega symbols because they cover lots of space and help generate big wins, helpful on a 40 payline video slot!

Wild Bull – Again you’ll win 3 free spins, but this time 1 or 2 reels will go entirely wild for these free spins. If you line up characters on this bonus, then expect a nice total!

Gunslingers – Our personal favourite at Slotsquad. Why? It’s a free spin with a multiplier of up to 30 x the amount you win on the spin.

Furies – Our girl gets her turn in the bonus feature. Like above, it’s a 2 x 2 symbol, but you get two. Also, one or more re-spins may be awarded with STICKY Girl symbols until you hit at least one winning symbol combination.

Most Wanted – It’s hit or miss. Good luck in this game, you’ll need it. 20 posters appear on the screen — select signs, one by one, to reveal hidden prizes. You can win cash prizes or trigger any of the above free-spin features. You may continue to select posters for cash prizes and features until you reveal either an “X” or “Ace-high Gang” or “Wild Bull” bonus features. After the bonus features are awarded, the “Most Wanted” round will end.

Play’n Go Golden Colts is a modern western slots game with a sinister Halloween feel, perhaps even a few pointers to the Goonies. But what’s painstakingly brilliant is what you’re getting from £0.20 a spin. As far as Wilds go, character symbol wins will prove popular while the bonus game offers everything at random. With everything from Mega Symbols to Multipliers and up to 2,500 x betting stake as a maximum win, the old west is very much the new casino game we’ve been waiting to wield. Highlights include paytable values, main bonus possibilities and sharp graphics. 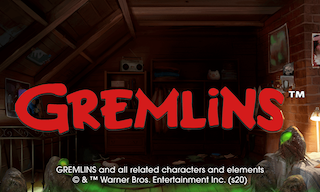