Do you have a thing for IGT online slots? If so, you’ll appreciate the Wheel of Fortune on Tour Slot that has been newly-released by IGT. As you may know, this is the third slot in this series, but you can try it whether you’re familiar with the previous two or not. 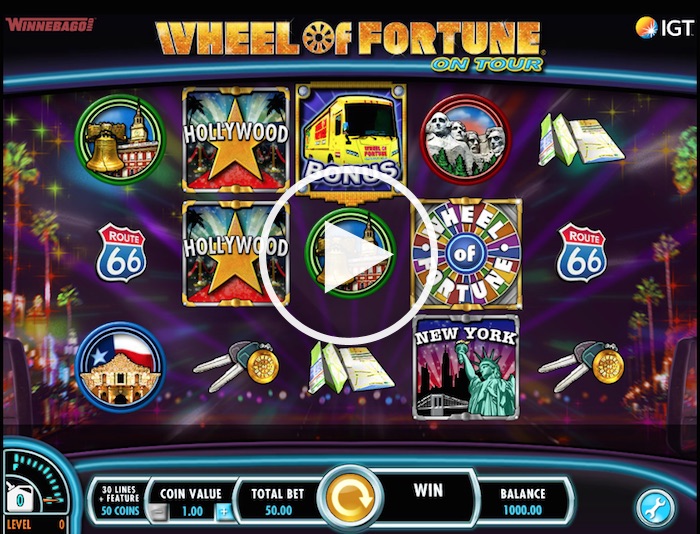 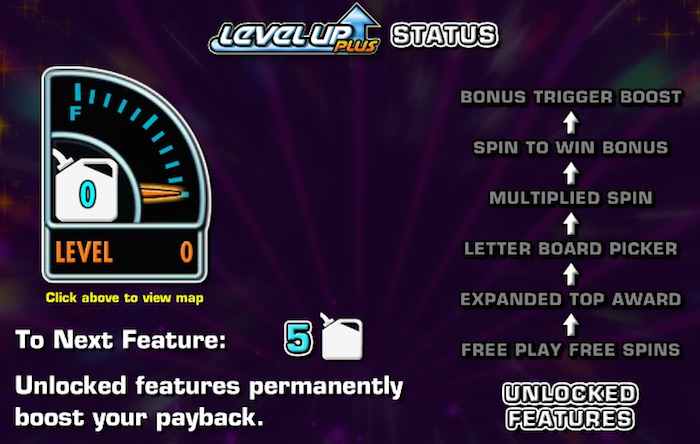 The Wheel of Fortune slot is a 5 x 3 slot game featuring 30 paylines. You play 50 coins to cover those lines and the additional feature included in the game. Mind you; we say one feature… there are plenty of treats packed into this slot game, as we’ll shortly reveal.

On Tour is the third in the Wheel of Fortune Slots Series, it’s also arguably the best!Adam Dale - Slotsquad

The game looks very nice and of course, takes on the famous Wheel of Fortune theme. The twist is it looks as though you’re on a tour bus, looking out through the windscreen. The reels and paylines are on the screen, and you can see a very exotic-looking backdrop on the road in front too.

You’ll notice that tour theme cropping up in other ways as well. We’ll let you know more about that as we progress through our review of IGT Wheel of Fortune.

Everything starts well with nice graphics that do bring in a comprehensive colour palette, yet they’re not too bright with it. You get reminders of some of the game features along the top of the screen as you play, and when you get a winning line, it is clearly displayed on your screen.

The game has been designed to be easy to use, and that’s probably just as well given the fact it has a complex series of features to get to grips with. While you can access the game rules and paytable underneath the screen, you will probably figure it all out much more easily by trying it in the demo play mode.

The pay table is large and spread over several pages, each one explaining the various features in the game. It describes the wild Wheel of Fortune logo and which symbols it substitutes for (eight of them, as it turns out). The bonus bus always gives you fuel if it doesn’t actually trigger the bonus – three appearing on the first, third and fifth reels are required to get into the bonus round.

Various symbols related to driving around the sights in America are in the game. A Hollywood star, the Statue of Liberty in New York and Mount Rushmore are among them.

The game features a level-up facility that allows you to unlock further features within the game. These are as follows:

Each one has its own special features, revealed in the pay table. Every time you get a bonus symbol, the fuel meter on the bottom left of the screen will move up a notch. If you hover on that meter, you’ll see a map option appear. You can click on this at any point between spins to see where you are on the map. The Wheel of Fortune bus starts at the bottom and moves through 25 stages. There are three locked levels when you begin.

You need 10 fuel to get one fuel can. If you get three bonus symbols to unlock the On Tour bonus game, you automatically get a fuel can. Every can means you go one space further along the game map. It sounds complex, I know, but you’ll soon get the hang of it.

If you do trigger the bonus feature, you get to spin the Wheel of Fortune to see what prize you get. Watch where the pointer lands…

There is also a Wheelmobile Wilds feature built into the game that can crop up on a spin where there isn’t a bonus symbol on the first reel. One to four symbols on the reels will become a Wheel of Fortune. Remember, this is the substitute so you could get some appealing prizes from that round.

The bet range is huge in the Wheel of Fortune IGT slot – going from 50p to a huge £500. As for prizes, 2,500 coins is the top prize you could win in the basic game. If you trigger one of the special features, you could potentially win more.

The return-to-player percentage in action here ranges from 92.5% to 96.6%. That’s not as high as some other slot games we’ve seen, but it’s not bad at the upper level. You do get a lot of gameplay for your money. The longer you play, the better your payback as well, since each time you level up, you’ll get a boost to your payout potential. This is then permanent for the duration of the game from that moment on.

As we know, this is one of the latest IGT slots to be released. The Wheel of Fortune slot will definitely appeal to anyone who likes the TV series, but even if you don’t, it has a lot to entice you with. We found it easier to understand by spinning a few rounds for free. Maybe you’ll do the same?